In partnership with the national movement, the NE PPC strives to dismantle systems reinforcing poverty: systemic racism, an economy supporting militarism vs. peace-building, the incarceration industrial complex, ecological devastation, and other exploiting forces unjustly privileging the well-resourced and well-connected at the expense of the poor. 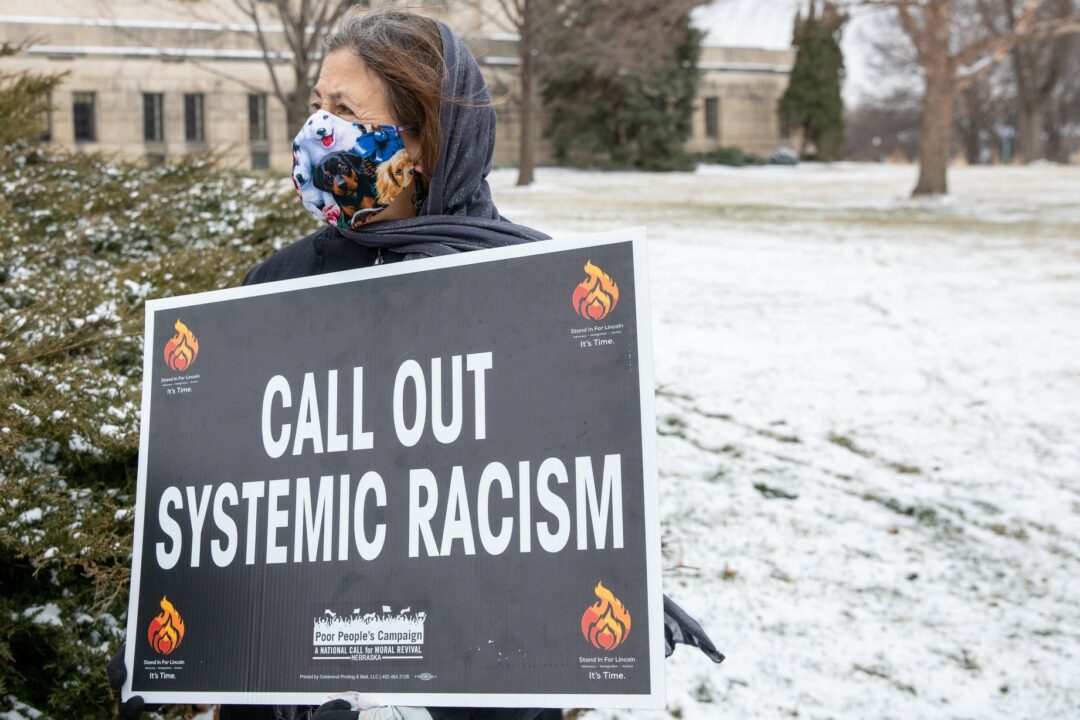 34% of people in Nebraska are poor or low-income—a total of 642 thousand residents.

The Nebraska Poor People’s Campaign (NE PPC) is among the last of the fifty state chapters to be adopted—an outgrowth of the National Poor People’s campaign movement led by Reverends William Barber and Liz Theoharis.

The movement’s impetus involves carrying the torch of Martin Luther King Jr’s unfinished vision. His intention, supported by his contemporaries, was to lead a non-partisan Poor People’s Campaign (King’s language) to end poverty.

Ready to get involved?

Fill out the form the stay up to date, receive more information and get connected with SIFN.

What is the Poor People’s Campaign Relationship to Stand in for Nebraska?

Since Stand in for Nebraska supports human rights advocacy efforts alongside impacted, multi-marginalized Nebraskans, it made natural sense to form an alliance with the National Poor People’s Campaign and establish the first Nebraska PPC chapter.

Through establishing ourselves as a 501(c)3 non-profit organization, Stand in for Nebraska was able to  incorporate the recently initiated Nebraska Poor People’s Campaign. Both organizations are laser-beam focused on challenge the many oppressive realities facing America’s poor through sustained, statewide advocacy, education, voter registration, and mobilization. Nebraska has missed many opportunities to ameliorate the effects of poverty on its citizens, and our group will demand policy changes such as expanded Medicaid and an increased minimum wage.

*Sources: Institute for Policy Studies, The Poor People’s Campaign, Kairos, and Repairers of the Breach